Toward Equality: How Canada’s social movements moved the needle on social change

Have you ever taken time to think about the rights we are entitled to as Canadians? Or the social movements that led to those rights and freedoms? Consider, for a moment, just how different our lives would be today if certain changemakers didn’t fight for those freedoms we take for granted. We’re lucky to live in a democratic country that has an enshrined Charter of Rights and Freedoms and is a signatory to treaties of national and international implications. More significantly, we’re lucky to have been at the forefront of movements for social change, whether peacekeeping, human rights, gay rights, the environment and suffrage.

SEE Change Magazine wanted to take a deeper look at the social movements that define this country and the changemakers who, through sheer stubbornness, determination and an unyielding sense of social justice, have transformed our lives for the better. Inspired by a generous grant from Heritage Canada and the support of additional sponsors, we traveled across Canada and spoke with changemakers who played a seminal role in 10 key social movements. Out of those interviews, we produced the Canadian History of Social Change – a multimedia project consisting of digital storytelling, video interviews, podcasts and an e-book – documenting social change movements and their key players that have impacted how Canadians live today.

CharityVillage was pleased to partner with SEE Change Magazine for a three-part series providing an overview of the project. We re-publish the articles here.

What better way to commemorate Canada’s 150th anniversary than with a look at the social movements that transformed our country and have contributed so much to our individual rights and freedoms?.

In this three-part series we will offer an overview of our country’s social change narrative, tracing the roots of these 10 social movements, their challenges, their players and their achievements. All the while, we hope to provide an introspective and deeper perspective of who were as Canadians.

Of course, what we are not saying with this series is that we’re done moving forward. Far from it. We all know there are plenty of areas that deserve our continued and even heightened attention. But we’ve come far as a country, and we have many to thank for those achievements.

(As a side note, we commissioned the artwork of Indigenous artist Maxine Noel for the ebook cover. Titled Butterflies, we believe it effectively sums up the the evolving challenges we face as a nation helping define who we are, who we want to be and our hope moving forward.)

Let’s start with a look at our struggle for equality. Section 15 of our Charter affirms that we are all equal before and under the law. But it was only with the signing of the Charter that that right to equality, as well as other human rights, were protected and made integral to our Canadian identity. The movement we call Human Rights: The Charter would not have been possible without the struggle of a few champions, most particularly Prime Minister Pierre Trudeau.

“The Charter has become an absolutely essential instrument in every lawyer’s toolkit,” shares senior policy advisor and principal secretary to former Prime Minister Pierre Trudeau, Tom Axworthy. “I’ve been gratified, delighted on the evolution of the judicial role in Canada and, were he with us today, Mr. Trudeau would be too,” he adds, while reminiscing on what it was like to be a fly on the wall during the discussions and activities that led to the Charter’s ratification – and his own role in moving that instrument forward. 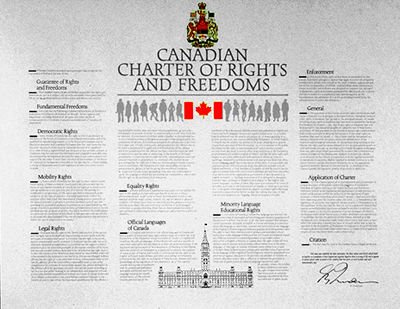 The renowned and much-celebrated lawyer Clayton Ruby would agree. Having devoted his entire professional career to ensuring that those who are underprivileged and facing discrimination are given equal access to the legal system, Ruby believes that the practice of law was turned upside down by the Charter. “In 1982 things became real in the way they had not been,” he says, explaining how terms like “fairness” and “fundamental justice” were not part of the legal lexicon before then. For example, thanks to the Charter – and the changemakers who fought for it – the accused are more likely to have access to a fair trial. “This is a major achievement and I’m proud of it.”

In a further testament to its far-reaching impact, the Charter ushered in other movements too, like Marriage Equality. On July 20, 2005 Canada became the fourth country in the world and the first country outside Europe to legalize same-sex marriage nationwide, thanks to the enactment of the Civil Marriage Act. For Michael Leshner and Mike Stark – forever known as The Michaels – having played active roles in the historic movement that saw them become the first same-sex couple in Canada to be legally married has given them much satisfaction. 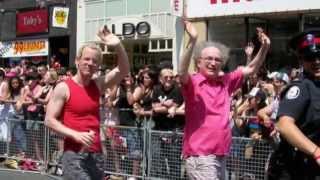 “I’m so proud of our Canadian story so many years ahead of other countries because the message did go forth and it does give people hope,” shares Leshner. Their ongoing battle to transform the laws of a country also offered important food for thought for others looking to effect change: “You won’t have a successful movement if you wait for everyone to catch up to you.”

It’s a lesson that Canada’s key changemakers have certainly adopted. Former Prime Minister, the Right Honourable Paul Martin explains in our digital story why he felt an overriding sense of duty to introduce Bill C-38 (which was then passed into law as the Civil Marriage Act) despite facing numerous detractors, even within his own party.

And it’s most certainly the lesson that women’s rights activist Nellie McClung carried with her as she fought for suffrage. “Canada is destined to be one of the great nations of the world and Canadian women must be ready for citizenship,” stated McClung, underscoring the significance of her efforts in recognizing women as equal participants in the democratic system and, indeed, in their own lives. 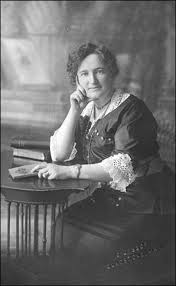 As one of the foremost activists in the Suffrage Movement, McClung’s struggles didn’t end with the vote. She was also one of five women who fought for and, on October 18, 1929, won the right for women in Canada to be recognized as “persons” by the Supreme Court of Canada so that they could qualify to sit on the Senate.

The suffrage movement has had – and continues to have – immense influence, transforming how women engage and participate in their country’s democratic institutions as well as in their personal lives. And we can thank the suffragettes – in particular Nellie McClung – for moving that needle forward and for advancing human rights in Canada.

Of course when it comes to equality, we must mention the one group in Canada whose right to vote took the longest. Aboriginal women in Canada had to wait until 1960 before they were allowed to join the ranks of the electorate. Just one more battle faced by the Indigenous community in Canada in their movement toward Self-Governance. 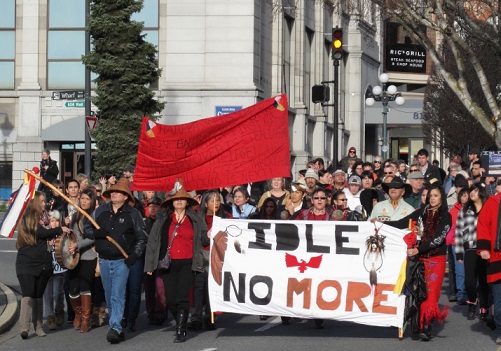 With reconciliation a topic that is now increasingly being discussed in communities across the country, our focus on Aboriginal changemakers who continue emphasize resilience, empowerment and equality is timely for sure. Tanya Kappo is a citizen of the Sturgeon Lake Cree Nation in Treaty 8 territory, and as an activist achieved accolades and celebrity status when she played a pivotal role in advancing the Idle No More movement (most recently, she was part of the national public inquiry into missing and murdered Indigenous women and girls).

Kappo also has strong ties to residential schools – many in her family were school survivors – inspiring her activism and decision to become a lawyer. “I am very proud to have played a very small role in one of the most impactful movements of our generation,” she says of her Idle No More involvement. “There were many different people from all walks of life and backgrounds that came together, in solidarity and unity. This created important relationships that have not existed any time before.”

To be sure, Indigenous peoples in Canada have followed many roads when it comes to finding equality. For Kim Baird, the former Chief of Tsawwassen First Nation, the path was successfully implementing British Columbia’s first urban modern treaty. These are just two of the many Indigenous changemakers whose stories encapsulate both the difficult history of this movement and its empowered steps toward self-governance.

Looking ahead by learning from the past

As we look to Canada’s 150th, it’s more important than ever to reflect upon the people whose efforts have made social change possible. Similarly, it’s vital to take a contemplative look at what still needs to happen and how. By examining our history of social change in terms of our right to equality, we hope to inspire significant conversations, which may just inspire a renewed sense of activism, pride and hope.

To learn more about the history of Canada’s social movements, check out SEE Change Magazine’s digital storytelling project The History of Social Change and/or download the ebook for a more in-depth exploration.

Elisa Birnbaum is the publisher & editor of SEE Change Magazine, host of its podcast, In the Business of Change and the producer of the History of Social Change