Gun violence throughout the world has become an epidemic. But it’s become especially staggering in the U.S where over 1800 Americans were killed by firearms this year alone. Americans own almost half of the estimated 650 million civilian-owned guns worldwide and America has six times as many firearm homicides as Canada and nearly 16 times as many as Germany.

But one American artist is tired of gun violence and determined to use her art in a most unique way: to take weapons off the streets and to inspire a paradigm shift in thought and action. 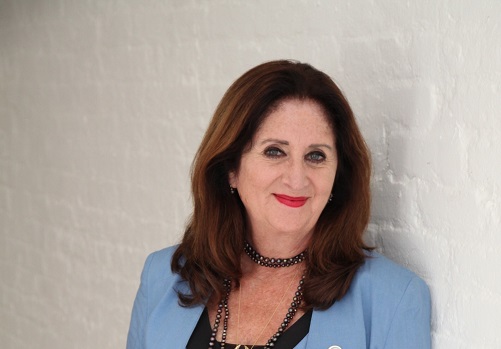 On today’s podcast episode we speak with Lin Evola, founder of the Peace Angels Project, an initiative that creates sculptures out of melted weapons to promote peace and the fight against violence. It seems particularly timely to publish this podcast this week given the mass shooting at a high school in Florida that left 17 adults and children dead.

We dedicate this podcast to them. 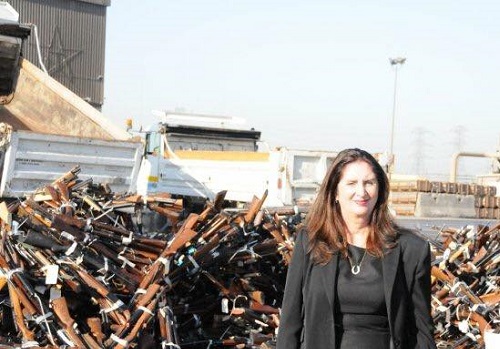 Evola is not interested in engaging in the conversation over who’s right or wrong. Partisanship is not her focus. “We take physical weapons and transform them into something that breathes air back into society,” she says firmly of he mission, “something that’s going to uplift people so that they think different.” And then hopefully act differently too. 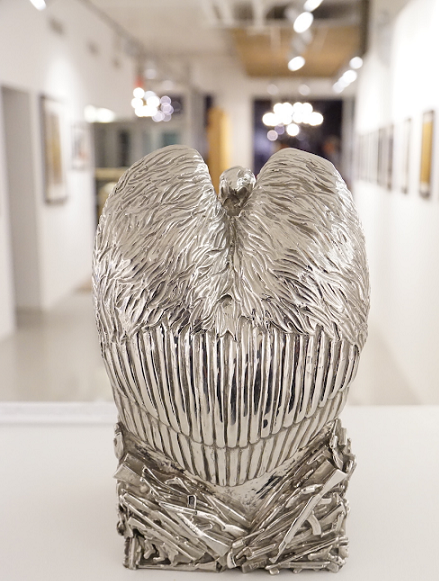 For the past eight years, Evola has represented the Peace Angels Project at the United Nations Biennial Meetings of Small Arms and Light Weapons and at the Arms Trade Treaty, both held at the UN in New York. A 13-foot Peace Angel is now in the permanent collection of the National September 11 Memorial & Museum.

Evola is currently on track to achieve her newest mission by producing a series of 64-foot tall monuments – each cast in the iconic image of an angel, from the metal of one million destroyed street weapons and decommissioned nuclear stainless steel. Work has begun on the first Peace Angel that will be prominently located in Los Angeles. A monument for New York comes next and it’s Evola’s grand vision to create unique Peace Angels for host cities around the world.

Her USA Weapons Destruction Campaign invites American citizens to participate in legitimate weapons collection programs that include the sourcing and processing of deactivated armaments to create the monuments. Evola’s conceptual art boasts a powerful message about the responsibility of humans to create a better world. With sculpture evoking images of kindness, compassion, and unity, the Peace Angels Project permanently transforms these weapons of mass destruction into life-affirming symbols of peace.

Listen to her story, share with your friends and subscribe to our podcast to hear about other social entrepreneurs transforming their communities and the world.