Using the Power of Film for Social Impact

Sean Buckley is the founder and CEO of Toronto-based Buck Productions, a leading content creation company dedicated to bringing awareness to a variety of issues facing society.

With the belief that doing good business is good for the bottom line too –  even in the entertainment industry –  25 percent of Buckley’s projects are social-impact based. Most recently, his film Milton’s Secret created a platform to speak about bullying and the uncertainty that families are dealing with today. Many of his projects, moreover, donate proceeds to organizations that directly align with their themes, such as Daniel Dolphin and the Guardians of the Ocean, What it Takes to be Extraordinary and Leave Her to Die.

SEE Change sat down with Buckley to find out what inspired his 20-plus-year commitment to projects that have the power to inspire and help others and how that focus has given his work unique meaning and direction.

What drew you to the world of film?

I was drawn to the world of making film because it’s an outlet where stories can be told. What I’ve come to learn is now there is such a wide array of content possibilities now to tell stories within. Film being one of them. I’m also very proud of the stories we’re telling on a multitude of mediums including documentary, scripted and unscripted series, etc.

I don’t think there’s been a better time to be in the content game and the game of telling stories.

We’ve always been mindful of our responsibilities, and of the fact that these stories can carry weight, which is why we choose to tell stories that are positive and mindful.

What attracts you to the projects you choose to work on?‎

There are numerous elements that attract me to a particular project, be it film or television. It all stems from the story. Before the expense of production commences, before actors are hired, before VFX and sound teams are assembled, everything begins with the story. Why should the story be told? What is the most effective way to tell it? Who is it for? Once that homework has been done, then everything else kicks into gear. 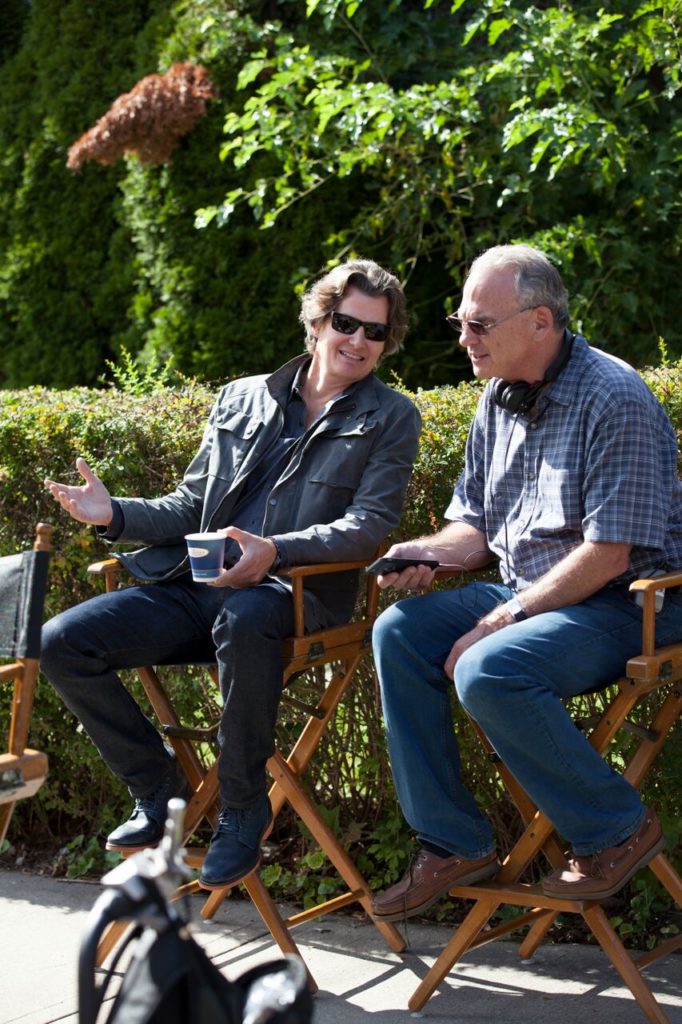 On the set of Milton’s Secret

Why and how has social impact become so integral to your work?

As content creators, we have a powerful platform that allows us to reach audiences all over the world. I have always found passion in projects that are inspiring and helping others, and I have noticed that the most successful content speaks to the heart of its audience. This is why I have made it a priority that 25% of our core business is dedicated to social impact. Whether it be creating content with a socially conscious theme or donating proceeds from projects to non-profit organizations, the social impact model is part of Buck’s core brand.

Do you believe those in the industry should be taking a bigger step toward social impact?

I think it’s up to the individual in regards to if they choose to focus on some or none of their work having social impact. We subscribe to the idea that social impact is very important. We’ve been blessed by being given the opportunity to do what we do and it feels right that a substantial portion of that content could, in some small way, make the world a bit better.

I take that responsibility very seriously. Having the opportunity to screen many films with audiences, be it at festivals, private screenings, or as a part of the theatrical experience, when the message you have worked so hard to craft and deliver works and has the impact on an audience you aimed for, that is one of the best moments for a content creator.

What films or projects are you most proud of and why?

I get asked this question a lot, and it’s a tough one to answer. It sounds corny, but it’s almost asking you which of your daughters you love most. You love them all for different reasons. They’re all unique. All of the films and content we create at Buck has been a journey. While some have greater appeal to a mass audience, others might have more critical acclaim. Some might just be delivering an important message, and even if it only reaches a small audience, but has a profound impact on them, that is a huge win.

Do you face additional challenges balancing a social mission with running a business?

If we put our logo on a property, it has run through a gauntlet of pre-production, production, and post-production filled with challenges and emotional highs and lows. It’s not just the end product you fall in love with, but the process itself. There are some challenges in running a component of 25% of the companies offering focused on social, mindful impacts, there would be probably greater ease and greater financial reward in churning out more mainstream content that was designed purely for entertainment. We do that kind of thing and we do it well. Our choice, however, is to protect a portion of our work to have important messaging. It’s as challenging as it is rewarding.

What have you learned from doing this work over the years?

What I have learned is that there is a song, piece of art, a poem, a film, etc that have all at some moment in time affected me greatly. Some have given me a moment to ponder, to reflect, and some have adjusted the course of my life. To be in a scenario now to produce content through Buck that is distributed throughout the world to audiences, stories we have literally touched every frame of, I wonder if there’s someone out there who has watched one of our films, documentaries, or shows, and like me, it has had some kind of impact on their life. I’m humbled by this thought and driven by it.