What Disaster Relief Taught Us About the Need for Clean Energy

We received a flurry of anxious calls from people desperately in need. Hurricane Maria had just devastated Puerto Rico. The electrical grid was down and fuel scarce and expensive – many gas generators sat idle and useless. Portable Electric’s solar rechargeable power stations seemed the perfect fit. Still small and early stage, however, our company could not help.

Fast forward to September 2018. Hurricane Florence grew to a Category 5 and flooded the Carolinas with waterlines as high as 30 feet. Power would be out for weeks. This time we could help and were ready.

We were able to bring 10 VOLTstack power stations and solar panels to restore power to as many homes as we could. For us it was a chance to help in a way others could not, and for us to prove that our technology could change the way the world thinks about power. 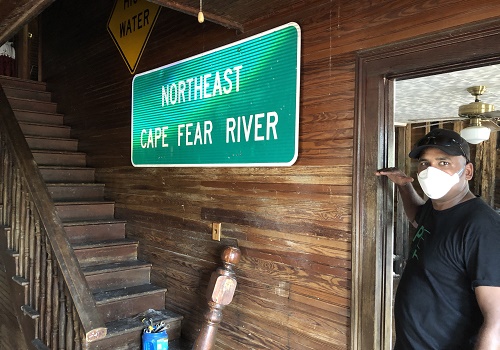 As our team works here in North Carolina, another storm, Hurricane Michael, blows through communities that are devastated and were just trying to recover.

We have spent the last week in a small North Carolina neighbourhood of 48 houses; 46 were flooded; 40 lost power for four weeks. These people don’t care right now why hurricanes are getting more frequent and more dangerous. They simply want to move forward with their lives. They want their homes back and to do that they need electricity. Electricity for light, for tools, and for living.

A month in the dark is soul sucking, unbearable, and wholly unnecessary. Anyone who has ever actually faced the daunting challenge of getting adequate power will tell you all or nothing is a poor set of choices.

The time for rethinking our power infrastructure is now. Distributed power is more reliable, economical and should be widely available for communities across North America. It’s time to move away from the status quo and towards the future of distributed energy.

Distributed generation implicitly means distributed distribution. No one set of wires running from the powerplant to the city. Like the World Wide Web, no single connection can cause a system wide failure. Each generation node has multiple connections, failure of one just means power reroutes through another.

With distributed generation, multiple nodes can fail while the system maintains power. This has broad impacts on system stability, reliability, and most importantly, on safety.

What does this have to do with a hurricane? Each hurricane tries to teach us the same lesson on power. When one tree can cause thousands of people to lose power for weeks, it’s time to reconsider our power system. If each house was connected to just five others with solar and/or wind power with battery storage, no single home would have lost 100 percent of its power.

While these houses wouldn’t have the same power as if connected to the grid, some power is always better than none. Some families in North Carolina have been without power for more than four weeks. The two houses that didn’t lose power in the neighbourhood nearby said they had their own micro generation and storage system – grid power was down for them also, but at night they were still able to turn their lights on. 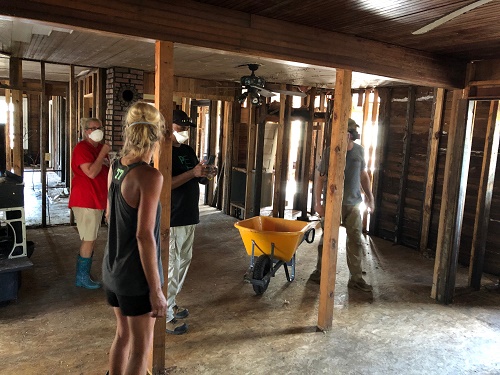 We know it works and it’s robust, but what about the economics? Distributed systems are infinitely scalable. Many small projects are easier to finance. Return on investment calculations are less complex. Risk is distributed. And most importantly, end users can determine the cost and benefit of certain investments rather than the government making that decision for all.

It’s time to move past centralized power, and towards distributed power. It’s time to embrace smaller, cleaner energy production. The time for wind, for solar, and for hydrogen is here. A chicken in every pot and for everyone a microgrid to power it all. It’s time for a safe, reliable and personal grid.

Sarath Samarasekera is the President of Portable Electric, an industry leader of portable, clean power stations