Why the Future of Social Change May Depend on Networks 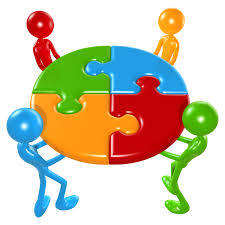 Like many entrepreneurs I’m cautious when it comes to taking risks, which means I don’t make a habit of predicting the future.

However, I’m going to go out on a limb and state what I believe is the future of social enterprise based on my experience and identified trends: As the field grows and matures we will see a shift from social enterprises working individually and through one-off partnerships to innovate solutions to large-scale social and environmental challenges to strategically spreading the adoption of proven approaches through networks.

“Go slow to go fast” is a well-known adage in my profession. In the context of organization development it refers to building relationships with the people you work with and figuring out how the work will get done before doing the task. In other words, taking a step back to figure out the best process can help improve performance. Similarly, social enterprises are better positioned to pursue transformative and lasting change when they take the time build longer-term relationships with organizations that share a common purpose and act in collaboration.

In this sense, a network is akin to a coalition or alliance where members agree to work together to advance common goals. Developing a network is a complex process that requires a significant investment of time, labor, money, and other resources. Forming a network requires thoughtful consideration as to whether this approach is best suited for what the social enterprise wants to accomplish and assessing preparedness to fulfill the commitments of a collaborative relationship.

Once a decision is made to move forward with forming a network, the next steps are to identify organizations that are critical for achieving collective objectives, bring them together to discuss establishing a network, and create structures and processes for collaborative action. After the network is up and running members will need to work together to carry out jointly planned activities, ensure commitments are fulfilled, maintain relationships, and assess performance.

My involvement in collaborative relationships has spanned different stages of the development process from deliberating whether to form one, to maintaining an existing network, and merging coalitions. Earlier this year I was invited to a meeting that brought together advisors for an early stage social enterprise to review its mission and think through opportunities for carrying it out. An opportunity that was discussed was how to support civil society groups, activists, and businesses engaged in collaborative action, such as raising the minimum wage or preventing fracking in their community.

It was agreed that there are benefits to collectively acting on a single issue, such as having a clear purpose and attracting people who care enough to get involved. However, for actions involving a longer timeline there is the risk that the movement will dissipate early on if there is insufficient momentum or resources to continue to drive it forward. To extend its impact beyond a single issue and ensure consistent support to groups that are limited in their ability to participate due to other obligations, the social enterprise is considering the possibility of becoming a backbone organization that fulfills operating functions and orchestrates the work of the movement.

I have also worked with a more mature social justice network that is figuring out how to grow and support the work of its members while financially sustaining itself. As it begins to diversify its sources of funding, the network is considering how to attract donors that are willing to invest in strengthening the organizational capabilities of its members.

Attention is also being given to ways in which to support members that are at various stages of maturity depending on when they were formed, level of funding, and ability of their boards to govern effectively. Although it’s an exciting time for this network as it transitions from surviving to thriving, success will depend on balancing the demands of its own operations, addressing the needs of its members, and ensuring steady growth without sacrificing the quality of social services provided and advocacy efforts.

I once worked with a coalition that began as an initiative of its parent organization, became an independent nonprofit, and later came full circle when the board decided that it was in its best interests to merge with a larger advocacy organization. In this case, the narrow focus of the coalition’s mission and an environment of fiscal austerity made it difficult to retain existing and attract new members. Exacerbating this situation were challenges related to board engagement.

As senior leaders of organizations that were members of the coalition, getting and sustaining board members’ attention proved to be an arduous task given the demanding schedules of their day-to-day jobs. These factors contributed to delays in making critical decisions about the coalition’s governance and missed opportunities to adjust its operations to new realities. Since networks may not be able to survive independently over the longer-term it’s important to recognize the warning signs and plan for transitions in organizational structure and operations.

Beyond these examples there is other evidence of the growing frequency of networks as collaborative approaches for achieving social impact. “How the Hub Found its Center,” a case study by Michel Bachmann in the Winter 2014 edition of the Stanford Social Innovation Review chronicles the transition of the Impact Hub from an informal ad hoc structure to a more formal network that blends business with a social innovation movement with over 50 hubs on six continents.

In March 2014, FSG and the Aspen Institute Forum for Community Solutions launched the Collective Impact Forum as a global online community that supports organizations practicing collective impact, which is an approach used by organizations across social sectors to solve a specific social challenge, such as affordable community housing. Forum members include funders, backbone organizations, and partners. I look forward to the time when we not only celebrate social entrepreneurs for coming up with game changing ideas, but also laud networks for their role in carrying the ball further down the field in advancing social change.

Kimberley Jutze is a socially responsible entrepreneur and Chief Change Architect at Shifting Patterns Consulting where she facilitates social change by working alongside start-up and early stage growth social enterprises to help them mobilize resources and strengthen their organizational capabilities so that they can make the best use of these funds.

Aside from presenting at social enterprise and organization development events, she has written a case study for the 10th edition of Organization Development and Change and is the author of the “Nonprofit Funding and Long Term Sustainability” Social Good Guide scheduled to be published in 2014. Kimberley has a Master of Science in Organization Development from Pepperdine University and a Master of Arts in International Politics from American University.
Social Media Profiles
Twitter: @ShiftPatConsult
Facebook: http://www.facebook.com/shiftingpatterns
LinkedIn: http://www.linkedin.com/company/shifting-patterns-llc?trk=hb_tab_compy_id_2562352

B Corp certification is distinct from the benefit corporation form of business that is legislated in many U.S. states.