Ashoka is a global network with a Fellowship of the world’s most impactful and inspiring social entrepreneurs at its core. We have been in the changemaking business for three and a half decades. In this time, we have developed a vigorous process for selecting and supporting truly special social entrepreneurs all over the world. The Ashoka Fellows, over 3000 strong from almost 90 countries around the globe, are the heart of what Ashoka does. We know they are making a difference because over half our global Fellows influence national policy within five years of election, and over 90% see their ideas replicated in other sectors or geographies.

After going through our selection process a couple thousand times, we’ve teased out a short list of qualities that characterize a true changemaker. Here’s that list with examples from our Canadian Fellows.

Empathy is critical to thinking about the world in a new way. It literally reframes the conversation and the finish line for what success looks like. It is the skill we use to form successful relationships and the one we need to break down the illusory barriers between “us and them”. With a focus on sameness rather than differences, we can begin to create shared vision and goals. 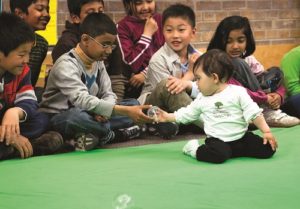 This may sound a little kumbaya but there’s a mountain of scientific research that supports the role of emotional literacy in a healthy individuals and societies. Neurobiology tells us early childhood experiences contribute to the sculpting of our brains. Problems with empathy arise when these early experiences are mostly negative. Based on a deep understanding of these factors and drawing from her experience as an early childhood educator, our Fellow Mary Gordon works to give vulnerable children a second chance at a healthy emotional life by developing a curriculum for teaching empathy in public schools. If children are actively taught empathy, the brain can be re-sculpted, giving abused or neglected children the necessary emotional skills they need to form successful relationships.

This refers to a personal, inner sort of leadership. It speaks to the courage needed to break from the status quo and challenge existing assumptions in order to create something different and better. Another crucial piece to remember when leading for social change is that the best leadership is collective leadership.

When Ilona Dougherty noticed that young people didn’t have much of a civic voice in her Quebec community, she believed she could do something about it so she did. Dougherty co-founded Apathy is Boring, an organization that uses music and art to bring young people together and create opportunities for conversations about civic engagement.

Se didn’t ask for permission. She simply hope the world would change. She took initiative, brought others on board and together they co-created the desired change.

In order to make change we need to be grounded in current reality and really examine barriers. We have to be firmly in the present but, as leaders of the way to the new and better future, we can’t allow ourselves to get overwhelmed by the very real obstacles of the present.

That’s why creativity comes in! Take Stephen Leafloor of Blueprint For Life. He works with some of the most vulnerable groups in Canadian society: First Nation and Inuit youth. Risk of suicide, childhood abuse, incarceration and mental illness are staggeringly higher in these communities than for the rest of Canada. Could there be a more daunting and complex set of social problems? How would you even begin to address this? 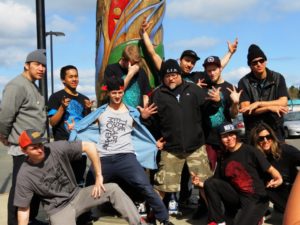 Blueprint for Life
Working with Cowichan Tribes in Duncan, B.C.

Leafloor started with positive hip-hop music and dance. But that’s just the hook. The collective pursuit of these activities builds empathy and positive social ties where there previously would have been tension. Youth learn teamwork, creative expression and collaboration with peers who have different abilities. The program has expanded greatly since it’s inception. Now community leaders like police officers, social workers, teachers, and even the mayor, are critical participants in Leafloor’s workshops. Social work through hip-hop, now that’s thinking outside the box!

When Ashoka’s founder, Bill Drayton, says “fall in love with the problem”—he means embrace it.

Problem solving is required to make a smart plan to get around pesky system barriers. These barriers can take many forms. They can be policies, people, habits or even geography.

For Fellow Jean-François Archambault they were reputational and regulatory. You see, Archambault had fallen in love with a big problem: food waste at one level of society and food security at another. The fear of food poisoning and consequential litigation had paralyzed most efforts to redistribute vital food resources in an equitable way. 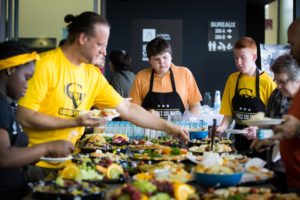 After ten years working in hotel management, Archambault had a thorough understanding of the system and its inherent barriers. He learned where the points of optimal leverage were so when he founded La Tablée des Chefs he navigated these obstacles by framing his role as a connector and a logistics manager. He was able to get chefs and managers on board so long as he took care of the transportation of the food and either assumed or reduced the risk for the donor businesses. Archambault often describes La Tablée des Chefs as a matchmaker and trucking company.

His intimate knowledge of the system has paid off in the form of over 450,000 meals supplied to those in need. There’s also an education component to this initiative that has seen over 1200 youth educated in culinary arts. The model is currently expanding across Canada from Quebec to the downtown eastside in Vancouver. There are also international pilots running in Chile and France.

The lesson here is that we need to draw on our problem solving abilities through analysis, data gathering, mapping and evolving our understanding of the systems we work in.

There’s no doubt that Ashoka Fellows are a truly special kind of person. We are fortunate to boast 52 of these amazing humans in Canada. But we can’t all be Ashoka Fellows. And even though we enjoy hearing and sharing these inspiring and informative stories of system-shifting social change, we know that this is not enough. We need a nation of changemakers.

The truly important piece here is that each item on this list of changemaker qualities is a learnable skill. We are all part of and contributors to different systems. You may only be a small part of it but each of us has influence and that means each of us can make a difference. By cultivating these skills in yourself and supporting others to do the same, you will become a changemaker.

We are certainly not Ashoka Fellows but we do know a good idea when we see one and have learned to use our business skills to help build good ideas. It doesn’t matter if you are a social entrepreneur, a public or private sector employee, student, educator, youth or senior. If you know you are meant to do something else, something important, something big, something for good, you can start here, with this list. You have your own vision, and your own experience to apply. And we need you.

Barb Steele is a natural community-builder with a knack for bringing out the best in people. Barb comes to Ashoka as Executive Director after a decade of purpose-driven work, building from a prior corporate career in marketing. She’s an eternal optimist, motivated by growing good things and building dynamic teams. @Barb_Steele1

Yanique is an Antiguan Torontonian and an intellectual adventurer. Her academic meanderings have taken her through biology, chemistry, psychology, philosophy and marketing. Yanique is the host and producer of the Socent 6ix podcast. When not obsessing about how to use her powers for good, she can be found singing karaoke, cycling with her bestie or feeding people. @Yanique__YYZ