Doing Business Differently: Why we set up Inventshift

Whilst Jarkko and I were driving through Australia, I thought about how Australia was quite arrid, and there were not many trees. All I kept thinking was how to find a way to utilise this ‘desert’ space to grow trees. With that thought I immediately turned to Jarkko who was driving and said what I was thinking – it turned out he was thinking exactly the same thing. It was just that we realized that we didn’t know anything about growing trees or the right kind of soil for that matter.

We began to discuss the idea further, and it reminded us of our friend who is an environmental ecologist. We realised that he would know all about how to turn our idea into a reality. That’s when the conversation got serious about finding a way to do something about it. Right then and there we didn’t what exactly we were going to about it; but we knew that this was the beginning of wanting to make a difference in the world. 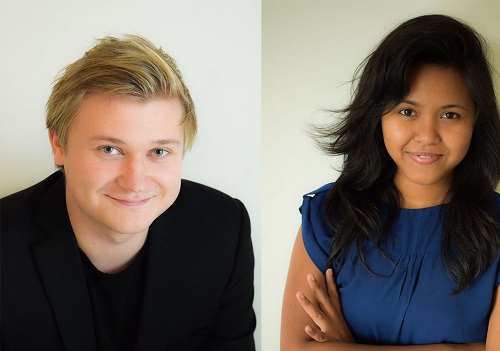 I first discovered social enterprises when we attended a networking conference in Sydney a few months later. The concept of ‘profit and people’ in business was interesting and I wanted to explore it further. In my younger years, I was part of Roteract as the Community Service Director and really enjoyed it. It became clear to me that doing social good is what I was passionate about. In late 2015, Jarkko and I set up a not for profit coffee chain. Running the coffee chain and being a part of a non-profit organization made so much sense and just felt right. We decided to merge the profit and non-profit models together to create a social enterprise.

That’s when we came up with the idea for Inventshift. We wanted to create the largest hub of resources and fund pool for any social entrepreneur around the world.

We didn’t have the knowledge to invent technological inventions that could change something entirely; but we knew that we could be the middle person connecting everyone together. We also decided to create a marketplace as part of Inventshift, and encourage consumers to buy social.

One stop shop for everything social

We’re aiming to be a one-stop-shop for everything social.  We’ve also created a fund as part of Inventshift. This is a large total that entrepreneurs have access to. The Inventshift fund is our non-profit part. The idea of the Inventshift fund is to support social entrepreneurs, innovations and charities worldwide that are pushing the world to a good direction. We want to make sure the funds spread through our fund go to where it should and that we include transparency of donations.

When a customer purchases a service from the marketplace, 5% off the revenue will be contributed to the fund. The customer can decide which cause and geographical area to support according to their personal preference. Then on the fund page when every transaction is made, the percentage contribution will be displayed as a line item; along with the name of the business, supported cause and the percentage contributed as a figure.

As for who inspires us, we have met dozens of social entrepreneurs but a few that stuck in my head were the Founder of Fighting Chance, Laura O’Reilly, who is a social entrepreneur in Australia. We’re also inspired by bigger businesses like Thank You water and Hero Condom.

To us, being a social entrepreneur is about making a difference, and having the commercial capability to scale it. We live in a capitalist world, and we need to play by the rules of this world to create an impact. Being a social entrepreneur is the only logical thing to do, if we want to create a sustainable ecosystem that is still governed by our current rules of market.

In five years time, we see Inventshift as a stable marketplace that is providing value to thousands of people around the world. Our aim is to be contributing to worldwide social impact through the projects run by our fund. We want to make a real impact to hit the UN’s global sustainability goals by 2030.”

Want to get involved with Inventshift and submit your #socialenterprise? Contact us.