“The world has only one border. It is called humanity. The differences between us are small compared to our shared humanity.”  – Nadia Murad, Iraqi Yazidi human rights activist and Nobel Prize winner

You would be forgiven for thinking that in 2021, the world is poorer, more divided and less equal than it was 20 years ago. But the reality is far different. Poverty, social mobility and community cohesion have shifted dramatically, for the better – but that’s usually not the stuff of headlines. We’ve long known that the definition of news requires inherent tragedy, negativity or misfortune; ‘if it bleeds, it leads.’ But what is the impact of a continuous negative narrative on society, the economy and the planet at large? How are the stories we choose to tell affecting our lives? And by changing the dominant plotline, by telling different stories, could we in fact change the world?

The good news is that according to the latest research, we have much to be positive about. Today, less than 10 percent of the world lives in extreme poverty compared to 36 percent thirty years ago; life expectancy has more than doubled to 72 since 1900; 84 percent of adults worldwide can now read and write and in 2020, deaths from terrorism fell for the fifth consecutive year. But when we look at media coverage, the picture is very different. Ninety-five percent of stories published or broadcast are negative. The justification for this is chalked up to what’s known as ‘negativity bias’, a psychological phenomenon where we pay more attention to the unfortunate stuff happening around us than the beneficial. Negativity bias is believed to be an evolutionary trait that can protect us from danger. But despite its survivalist origins, this bias can lead to a warped perception of reality. 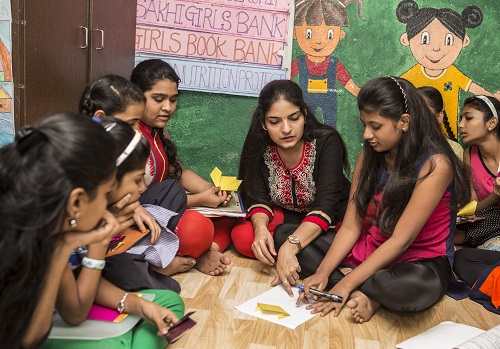 Yes, words are powerful and they impact the world. Research shows that exposure to negative events, violence and aggression via a screen or direct experience is more likely to result in negative actions towards others. And especially in this period of pandemic, repeated news coverage of crises can impact on everything from our heart rates, to our relationships and even our financial sustainability.

But, we’re told, negativity sells. In 2014, one news site, the Russian based City Reporter decided to test this theory by choosing to report exclusively good news for 24 hours. They lost 65 percent of their readership, due perhaps to the fact that their audience had become dependent on ‘bad’ news. So what happens when we are fed a diet of more positive, considered, inspiring news? In recent years, we’ve seen the rise of the ‘slow journalism’ movement’ with publications such Delayed Gratification winning readership for its deeper analysis and presenting a counter to tabloid populism. Positive News, Good News Network, The Optimist Daily and The Happy News also provide a wider offering and a positive worldview that could in itself make a difference.

We have to look no further than the January 6, 2021 storming of the US Capitol, to evidence the power of words to incite violence and racial hatred. If Trumpism represents anything it is the power to divide. But in reality, how divided are we? Is our perception of a deeply polarised society simply media distortion?  More in Common is an international initiative set up to strengthen democratic societies by countering social division and polarisation. It is founded on the belief that, as Jo Cox said in her maiden speech made in the UK Parliament in 2015, “We are far more united and have far more in common than that which divides us.”

And if social cohesion and the notion of common ground don’t sound like the version of a divided world that we are fed daily, More in Common’s report Britain’s Choice: Common Ground and Division in 2020s Britain makes a fascinating read. This landmark report was conducted following findings that by a margin of almost five to one, Britons worry that political divisions will lead to a rise in hatred. Evidence gathered over 18 months in one of the largest ever national studies of the UK’s social psychology, offers insights from Britons of all perspectives.

Significantly, the report evidences that we are not as divided as we often assume but that when we focus on societal ‘fault lines’, we obscure common ground. In the same way that a compulsion for adverse news, leads us to be taken over by our negative bias, when we see, read and hear a pessimistic view of the world, this enables more negativity to prosper despite a better, existing reality. More in Common identifies that if we understand our differences, we can “be more effective at preventing these differences from becoming dangerous divisions.” Whilst the Brexit and Trump years may have left some countries feeling diverged, further polarization, the report concludes, is not in fact inevitable.

By shifting the narrative and publishing stories of kindness and community care during the Covid-19 pandemic, for example, we empower people to see what’s possible and encourage good behaviour. We all make choices every day and the knowledge that positive choices can impact society is emboldening. Yes, what we say and how we say it matters. 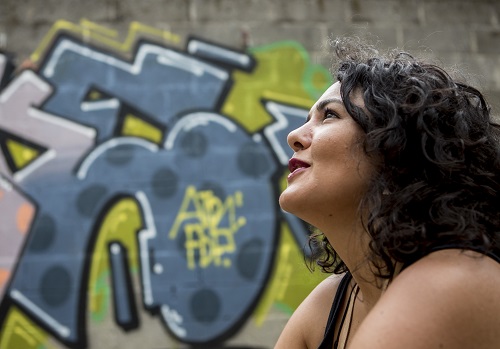 Arguably, positivity is the ability to see what’s really there, and rather than enabling an ‘us-versus-them’ dynamic to shape the national and global conversation, creating further polarisation and hate, we can counter that, change the story, and build on our common ground. In David Attenborough’s recent witness statement film, A Life on Our Planet, he demonstrates how by making positive ‘everyday choices’, we can impact the planet, our own sustainability – and even change the course of history.

The world is in an environmental crisis, yet climate action if taken seriously and swiftly could make a positive difference. Every three seconds someone dies from hunger, yet we have enough surplus (wasted) food to feed 10 billion people worldwide. Perhaps by telling that story, the story of the solution to hunger and food waste, a story that sends a hopeful message for humanity, we could inspire and enable significant change? As behavioural historian and expert in how daily habits lead to political violence, Christiane-Maria Abu Sarah says, “Every act has an ecology, a context.” Polarisation is not impulse, it is learned, by telling a better narrative we can create a better ecology, a better context and a better outcome.

Research for my book Generation Share, which showcases inspirational stories of changemakers from around the world who are creating transformation for people and planet, taught me that positive thoughts and actions create positive solutions and an increase in happiness and well-being. By showcasing stories of solutions, of transformation, commonality and optimism, it inspires others to create change, by seeing and hearing that change is possible. I believe that positivity provides a much needed antidote to the disease of cynicism and negativity that is destroying our world. It’s the language of the new, emerging Social Economy and offers people healing, hope and inspiration. I’m hopeful that with Trump out of the White House the tide is turning on populism and our global crisis of irresponsible leadership has peaked. 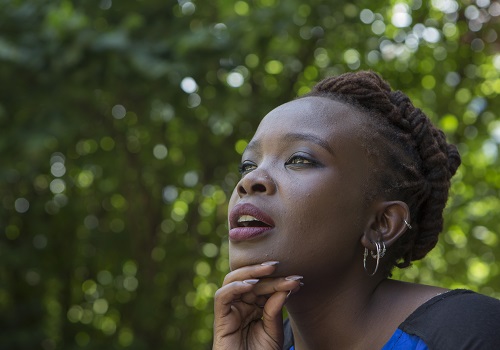 But we all have a part to play in changing the discourse. I’m convinced that to tackle our complex problems, we need solution-focused, socially conscious, but above all, positive leaders, social entrepreneurs, journalists, storytellers – change-makers working in concert. These change-makers know that by elevating the status of good, positivity and consciousness, we can begin to change our malfunctioning world. Ultimately, we all make decisions on the information we trust. If we are flooded with bad information and bad stories, we make bad decisions.

Novelist Chimanda Ngozi in her TED Talk explains the danger of a single story. As child growing up she learned the story of Africa ‘”in negatives… a single story of catastrophe and poverty.” A single story, she says, makes prejudice easy to buy into, creating an ‘us versus them’ society. The African word ‘oncali’ means power – the ability to make the single story the only story. Just consider, she says how different the world could be if we used our ‘oncali’ to create a ‘balance of stories.’

Perhaps then, by taking responsibility for what we read, write and say, by presenting and seeking out more balanced perspectives, positive viewpoints, multiple stories, we can create a better story for the future of people and planet. We have the power, the ‘oncali’ to change the world, if we start by changing the narrative.

Benita is hosting a series of online events, the Generation Share Changemakers World Digital Tour, where each month they’ll focus on change-making in a particular country or region. This month’s event is on Feb 23, with changemakers in Morocco building a global Map of Hope. Participants can sign up for free here.

Benita Matofska is an international speaker, award-winning social entrepreneur and changemaker, renowned for her ability to inspire positive action for people and planet. She is known as a global expert in the Social Economy and the author of Generation Share, a ground-breaking book and the world’s largest collection of stories of changemakers transforming society. She is the founder of global non-profit The People Who Share and the creator of Global Sharing Week, an annual campaign reaching over 100 million people worldwide. You can reach her at: www.benitamatofska.com @benitamatofska