Chris Martin was a social entrepreneur before he even knew what the term meant, starting an enterprise 20 years ago that employed youth engagement workers to help young people develop their emotional intelligence. His social entrepreneurial journey picked up steam in 2011 when Martin decided to apply for the job of manager at Callander Youth Project Trust. The charity – at the time operating out of a high school and completely reliant on grant funding – was looking for someone to help it become more sustainable.

Martin pitched the idea of a model he witnessed in Rotterdam, one that gave homeless people jobs in a hotel, helping them get back on their feet. Scotland was still reeling from the recent economic downturn, after all, and entry-level jobs in hospitality were few and far between; young people were struggling. He suggested that the charity buy a disused hotel and turn it into a training hub for young people who were having a hard time finding employment in the local area. 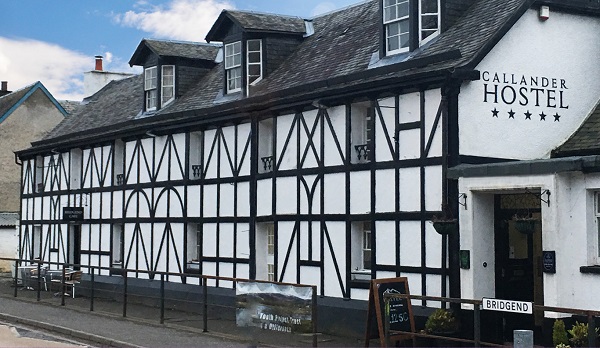 It took them three years, but the 5-star Callander Hostel was launched in 2014 as a social enterprise that receives over 6000 visitors per year, trains many young people and creates income to make the charity sustainable. “It was a double win,” Martin says proudly. “They [leaders at Callander Your Project Trust] loved it and we got Social Investment Scotland funding.”

To be sure, it helped that Scotland had – and still has – a strong appetite to support social enterprise. “From the policy landscape to schools, education and infrastructure, there’s a desire to help people do business in an ethical way,” explains Martin.

That positive approach made it easy to leverage financing to buy the building. Though interest payments weren’t cheap, there was a much-appreciated flexibility with repayments (“we didn’t have to pay back for two years”) that made the project possible.

As an SQA Approved Centre – Scottish accreditation that allows an organization to give young people hospitality degrees – Callander helps youth map a sustainable journey across the employability pipeline. Offering a broad range of opportunities – from training in the hospitality industry, to finding jobs, to assisting with CVs and to ongoing support – Callander’s success cannot be understated. As Martin says, “Over the four years that we’ve been open, we’ve seen many young people move onto careers.”

After his successful foray with the hostel, Martin decided to change gears. He recently took on the very different role of Executive Director at Social Enterprise Scotland (SES). Deemed “the Voice of Social Enterprise”, SES is an independent, membership-led organization, built and controlled by social enterprises in Scotland with a mission to promote a positive vision for social enterprise and to support the community of social entrepreneurs. 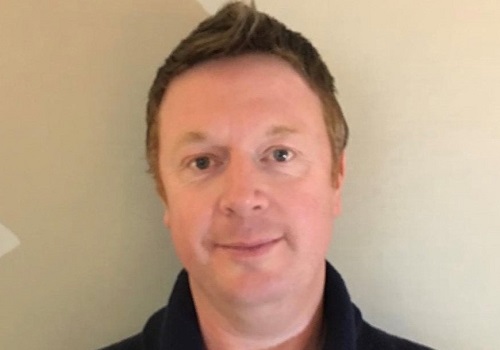 “I applied for the job because I felt there could be even more value for my money as a member,” Martin says, explaining that membership fees can better leverage the tremendous opportunities available to social entrepreneurs and their varied needs.

Keep in mind that Scotland launched a 10-year social enterprise strategy and three-year action plan in December 2016, signifying an unprecedented commitment by the Scottish Government to the sector. The strategy recognizes the important role that social entrepreneurs play in the economy and their communities and the impact they have on creating a more fair and inclusive country. Effectively, it’s a form of legitimacy for the sector – by all levels of government – which has had tremendous influence in moving it forward.

The broad strategy is focused on supporting the sector in three priority areas: stimulating social enterprise activity, establishing stronger organizations, and leveraging market opportunity for the over 5,000 social enterprises now operating in Scotland. According to reports, most of those organizations are pretty small in size (three in five producing an annual turnover of less than £100,000), with the sector as a whole generating a total income of £3.36bn, representing a net worth of £3.86bn and employing 112,409 people. The sector also places a greater emphasis on diversity than mainstream businesses. Sixty-four percent of social enterprises are led by women compared to 20 percent of (SME) small and medium-sized enterprises and only four percent of Scotland’s leading companies.

“SES advocates on their behalf on the government policy level,” shares Martin, adding that the sector’s influence is vastly different from what it was 10 years ago when they had to lobby government just to get them to understand what a social enterprise was. “But now have a first minister who talks very eloquently about Callander becoming Scotland’s first social enterprise town and what it means to want to live in a more equitable society by making business for good,” shares Martin. “The government gets it.”

It’s important to note that social enterprise is also part of the curriculum in Scotland, taught in schools. The government believes in its capacity as a serious economic model, after all, not simply as a social construct for better service delivery. That support – across all parties in Parliament – combined with the momentum of Scotland’s social enterprise sector (many organizations are becoming more sustainable), made the SES opportunity particularly attractive to Martin. And he’s looking forward to leveraging that momentum to develop new initiatives that would build an even stronger ecosystem.

First up: launching a software platform that will encourage greater collaboration among social enterprises. Similar to Facebook or LinkedIn, the platform will be a place for members to connect, sell to each other, or just network. That connection will be made all the easier now that membership is free for social enterprises making less than £100,000. With over 60% of social enterprises currently in that category, the support should prove beneficial and Martin anticipates seeing an increase in membership as a result.

Martin is also keen to get members involved in corporate supply chains, to encourage companies – and even fellow social enterprises – to purchase their products from ethical, values-based enterprises. “A lot of our members are smaller organizations who can’t procure contracts, so these opportunities can be helpful,” he explains. “I see my job as building markets for our members, to chase some of the bigger business but also with each other.”

Along those lines, SES is also looking into procuring the intellectual property of Buy Social UK – an initiative that promotes purchasing from social enterprises (with products marked with an “S” symbolizing social enterprise) – and make it free for their members. “it’s a way to elevate the profile and education of the sector,” says Martin. “It’s very exciting times.”

Exciting indeed. This September, the member organization will also run a marketplace, bringing together big hotels and social enterprises who produce products for the hospitality industry. “These aren’t small contracts, they will help our members scale,” Martin explains.

He’s hoping these and other initiatives will offer practical support for the many grassroots organizations who call themselves a social enterprise today. And there is perhaps no better time or better place to do so. With government support for the B Corp movement and social procurement and consistently pushing for a more equitable society, the landscape lends itself well to a positive social enterprise environment. “The government sees the whole “business of good” agenda as a high priority,” says Martin. “And social enterprise is a big part of that.”

Chris Martin is one of the keynote speakers attending the Third Annual Youth Innovation Summit at the the Sir John A. MacDonald Building in Ottawa, March 28, 2019, as part of the Active Citizens programme. At the Summit, a group of young social innovators will convene with leaders from government, private, public, non-profit and social impact sectors, showcasing innovative social action projects aligned with or addressing one or more of the UN’s Social Development Goals (SDGs).

Elisa Birnbaum is the publisher & editor of SEE Change Magazine, the host of its podcast and the author of In the Business of Change: How social entrepreneurs are disrupting business as usual