When Doniece Sandoval launched Lava Mae in 2013, she was searching for a solution to the lack of showers and toilets available to those struggling with homelessness in San Francisco.

[LISTEN TO THE PODCAST BELOW] 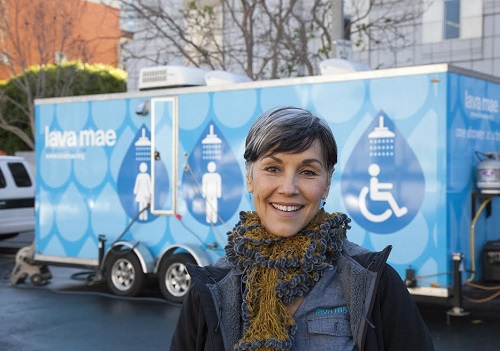 Converting public buses into showers and toilets on wheels, Lava Mae expanded to other California cities, bringing its mobile facilities to 30,000 people so far. They’ve also helped countless others through their DIY tool kit that helps communities around the world launch their own mobile hygiene program.

If that’s not enough, Doniece is gearing up for another big step this January. And like every previous one, it’s rooted in the philosophy of Radical Hospitality® – which maintains that opportunity unfolds when people are treated with dignity and that people everywhere will rise to the level of care they are offered. 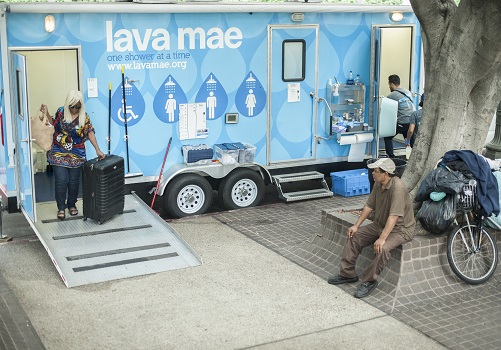 On today’s podcast we speak with Doniece Sandoval, a social entrepreneur who spurred a mobile shower revolution. With an ever-growing list of accolades including as CNN Hero, Doniece explains why she’s decided to transform her organization into a non-profit accelerator, Lava Maex and its mission to bring their impact worldwide.

We talk about the importance of partnerships, including with Unilever and its social enterprise The Right to Shower. And Doniece shares the importance of Radical Hospitality when serving unhoused people, believing that dignity is the first step to bigger and better opportunity. 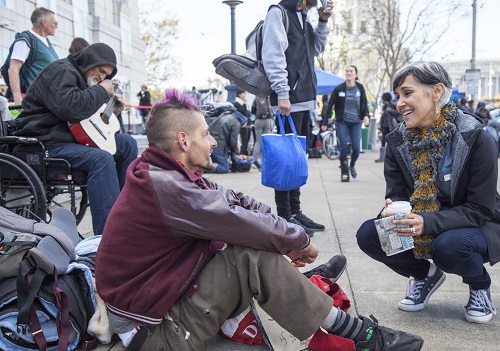