Documentary Captures (Surprising) Effects of the Pandemic on Nature

This week saw the premiere of Nature’s Big Year, a new eye-popping documentary that captures first-hand the effects of the pandemic on nature. Filmed across 11 locations –  from the Canadian wilderness to urban America to the backyards of Britain – the doc reveals the good and the bad that our lockdown had on our natural habitat and the animals who call it home.

Take the marine biologist who found that the lockdown helped Loggerhead sea turtles nest more effectively on Florida’s Juno Beach. Or the researchers who discovered that wolves and their prey changed their behavior in response to a decrease in human activity. Sea lions did the same, sunning themselves freely at an Argentinian port, while wild goats enjoyed unrestricted play at a Welsh seaside town.

And then there’s the effect that the pandemic had on birds. Not surprisingly, birds tended to flock to places with tighter lockdown measures. Meanwhile, songbird specialist Miya Warrington found that, in the absence of traffic, planes and other noise pollution that typically punctuate our urban lives, male blackbirds in the U.K. infused their tunes with an aggressive note when they could (suddenly) hear their rivals. It was a note not heard before.

One of the film’s most surprising revelations found that those beautiful blue skies during lockdown weren’t harmless. In fact, ground-level ozone, a harmful invisible gas, only accelerated as other pollutants dropped off.

We sat down with filmmaker Christine Nielsen to discuss that and other fascinating findings of Nature’s Big Year and what she believes the film can teach us about living more consciously, mindful of how our existence and actions affect our natural habitat. 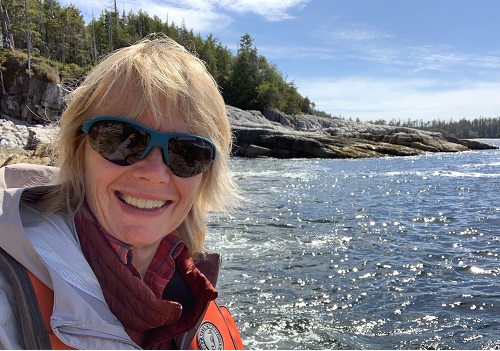 What inspired you to make this film? How did the pandemic shift your focus?

The concept for the film started percolating during the first lockdown in early spring of 2020. Various stories were surfacing on social media about wildlife “taking back” nature. Dolphins in the canals of Venice. Monkeys and deer roaming city streets, wild goats parading through a Welsh village – and so on.  I was curious whether any of these stories could be supported by science. Then I started wondering whether any scientists were exploring the “lockdown effect”, to find out how a smaller human footprint affects nature.  It turned out that lockdown was, indeed, a giant, unplanned, controlled experiment and that scientists in many fields were seizing the opportunity to study it.

What was your most surprising takeaway upon filming this doc?

There were so many surprises! The scientists we worked with use words like “shocked” and “amazed” to describe their results. Birds changed where they flew and how they sang during lockdown. Wolves changed what time of day they hunt. Loggerhead turtles nested more successfully with fewer humans around. For all of us, the biggest surprise was how quickly many species adapt to changes in human behavior. Some species respond pretty much overnight. 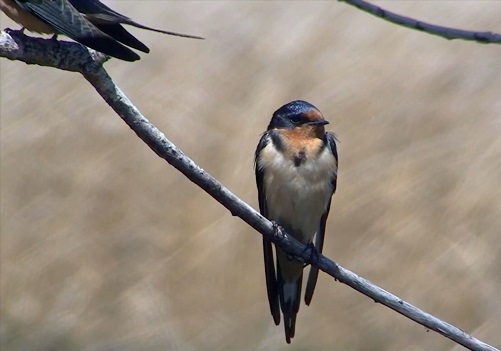 Birds changed their tune during lockdown

I was particularly surprised by what the researchers found regarding the impact of the pandemic on birds. Can you explain their findings and what that tells us about our behaviour?

A major study from the University of Manitoba revealed that many bird species across North America changed their movements during the pandemic, flocking to places with stricter lockdowns. We also feature a wonderful story about blackbirds in the UK, who literally changed their tune during lockdown.  When noise from traffic and airplanes subsided, the male blackbird “upped his game” because he could hear his rivals more clearly. Similar studies were done on other bird species in other parts of the world. This makes it pretty clear that if humans reduce the amount of noise they make, birds respond—and quickly!

What do you wish more people knew about their impact on nature, as revealed by the pandemic?

The more we understand the impact of our activities on the species we share this planet with, the better. We’re not just talking about the big high-impact activities associated with industry, expansion of cities, construction of highways and so on.  It also applies to our day-to-day activities. How do our driving habits impact mammals, reptiles and amphibians that live near roads? How does a leaf blower affect the bugs that live in our garden? How do boats and personal watercraft affect marine habitat in cottage country? 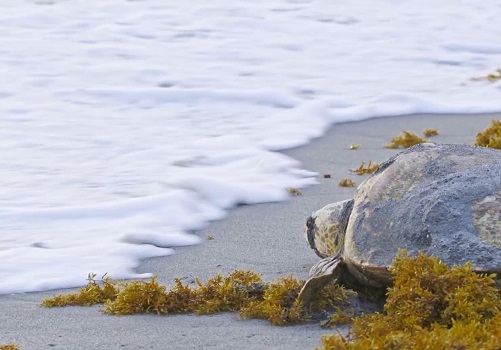 Turtle waiting for a wave

What are some ways that we can be more mindful of our actions toward preserving our natural habitat and the animals that live among us?

I believe we can literally change the world if enough of us embrace our connectedness with other species—not just big iconic mammals, but also the little creatures that we tend to think of as “pests” and “nuisances.” Justin Perrault, one of the scientists in our film says: “We all have to work a little more closely with nature and give nature a break sometimes. Everything on this planet is connected. And that includes humans.”  That sums it up perfectly, I think.

Nature’s Big Year premiered on CBC TV and CBC GEM, The Nature of Things, Friday, November 12, and has been picked up by PBS International.