Shining a Light on the Human Trafficking Epidemic: In conversation with Amber Runyon

It’s estimated that hundreds of thousands are victims of trafficking in the United States each year. After witnessing unimaginable poverty and the exploitation of women both abroad and at home, Amber Runyon was determined to bring awareness to an epidemic that rarely makes headlines and give survivors a path to a new life.

Just three years later, Runyon’s social enterprise, Eleventh Candle Co. – a candle company based in Columbus, Ohio – has grossed over $3 million and graduated 16 survivors of human trafficking from its employment program, all of whom receive required counseling and have access to scholarships, job training and other resources. SEE Change recently spoke with Runyan to discuss her journey, the mission that encouraged her to quit her day job, the challenges she faces, as well as the lessons she’s learned from the success achieved so far. 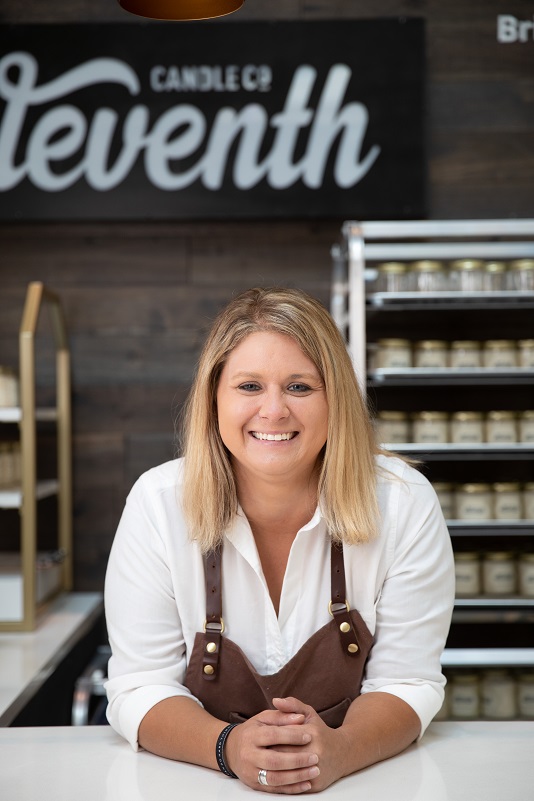 What year was the social enterprise founded and what inspired it?

In December 2015, I was inspired by my experience in Ethiopia where I witnessed three young girls being trafficked. I knew I had to do something to help, so when I returned to the states I began to learn more about human trafficking. That’s when I learned about the human trafficking epidemic in the U.S. and realized I needed to be part of the solution. It is estimated that between 18,000 and 20,000 victims are trafficked into the United States every year. In the past decade, 49,000 cases of human trafficking in the US have been reported to the National Human Trafficking Hotline, which receives an average of 150 calls per day.

What’s the mission and activities of your social enterprise?

Eleventh Candle Co.’s mission is to redeem, restore, empower and equip those vulnerable to human trafficking. I believe that if we can teach little girls to dream that they’ll be the force that changes the world. But I believe more than that; if we can teach broken women to dream like little girls again it will be a force the world has yet to see.

That’s also why we employ women who are survivors of human trafficking, addiction, abuse, and exploitation. In my research, I discovered employment was one of the largest barriers to breaking the cycle and that was what I knew I could help with. Employing these women helps give them a sense of purpose and puts routine back into their lives. Our employees work in our madery to make and distribute the candles, as well as work at our storefront locations where they sell products and walk customers through creating their own candles. In addition, we also provide other resources like job training and therapy to help give them a second chance in life.

Tell us about your measurable impact so far

To date, we have employed 16 women and Eleventh has grossed $3M. I know we are making an impact with each and every person that comes through our program. In addition, we are reaching people with our mission and educating them on the difference we can make with our spending and by investing in social enterprises that share a similar vision. 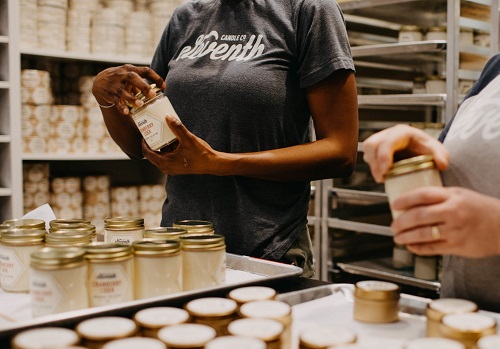 Runyon’s Eleventh Candle Co. is on a mission to combat human trafficking

We’re already selling candles nationwide and in Canada through our online store as well as our two brick-and-mortar locations in the central Ohio area, but I would love to franchise Eleventh Candle Co. to impact more women all across the country.

What are the greatest challenges you face as a social entrepreneur trying to combat human trafficking?

There are a lot of stereotypes surrounding human trafficking and the women that it impacts. Education is a huge component of what we do and many people don’t fully understand what human trafficking looks like or even that it exists. There are specific challenges that come with employing women who have experienced trauma and it’s important for us to address those.

Any lessons learned you can offer others looking to run a successful social enterprise?

It’s very important to have a good support system and surround yourself with people who inspire you and share similar values. It’s also a good idea to recognize that it may take twice as long and twice as much money to start a social enterprise, but as long as you stay true to your “why” and your mission, everything else will fall into place.

Amber Runyon is a speaker, nurse, candle maker, social entrepreneur, founder, and visionary of Eleventh Candle Co. Amber began her journey as a nurse and went on to do medical missions across the world. While in Ethiopia, she witnessed two young girls being sold into human trafficking in broad daylight. At this moment, she realized she didn’t want to live in a world where little boys and girls could be bought and sold. In 2015, Amber founded Eleventh Candle Co. with the mission to redeem, restore, empower and equip those vulnerable to human trafficking, abuse, exploitation, and addiction.